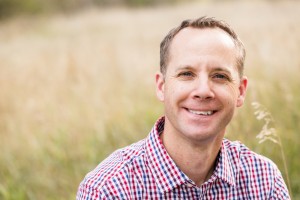 There are many different types of soft tissue sarcoma. These include:

These tumours usually develop in the deep fatty tissue. They most commonly occur in the upper leg, behind the knee, the groin, the buttock area or behind the organs in the belly (abdominal cavity).

These tumours usually feel solid and bumpy to touch and can spread to nearby parts of the body.

This tumour develops as a lump sticking out of the skin usually found on the back or belly area. In the early stages the tumour stays under the skin and the skin has a dark red colour. If untreated the tumour can break through the skin forming an open wound. This type of tumour can come back but rarely spreads to other parts of the body.

Epithelioid sarcomas are usually found in the hand or foot of young adults. They appear like small lumps, which sometimes join together. Spreading of the cancer to lymph nodes happens in about one in five cases.

A rarer type of Epithelioid Sarcomas called PEComa or perivascular epithelioid cell tumours can occur in any part of the human body.

These cancerous muscle tumours are one of the most common types of soft tissue sarcoma. About half of all soft tissue sarcomas found in children are rhabdomyosarcoma. There are many different types, including embryonal, alveolar, botryoid and pleomorphic.

Embryonal Rhabdomyosarcoma
This is the most common type of rhabdomyosarcoma, and is diagnosed most often in children under the age of 10. It can be found anywhere in the body, but it is often found in the head and neck area especially around the eye.

Alveolar Rhabdomyosarcoma
This tumour is very fast growing and usually occurs in teenagers and young adults. This type of tumour spreads widely at an early stage.

Botryoid Rhabdomyosarcoma
These tumours usually occur in children around the age of 7. They generally occur in the pelvic area around the genital region and urinary system.

Pleomorphic Rhabdomyosarcoma
This tumour occurs most commonly in people over 30 years of age. Because it grows in the muscle, it is usually below the skin surface. Tumours can grow in many different areas within the same muscle and grow very fast. The tumour can spread to other parts of the body in the blood or through other vessels in the body.

GIST develops in tissue around the stomach and intestines.

Myxomas occur in men and women around the age of 50. They are most often found in the arms and legs. Tumours can be small lumps or very large tumours. They do not spread to other parts of the body; however, they can spread to tissue close to the tumour.

Mesenchymomas can be distributed throughout the body and approximately 75% are malignant. The tumours are invasive especially when they are located in the skeletal muscle. Treatment is wide excision sometimes combined with radiation and or chemotherapy.

Angiosarcomas
Angiosarcomas are rare and about a third of the cases occur on the skin and a quarter are found in the soft tissue or organs such as breast, liver, heart and lungs.

Malignant peripheral nerve sheath tumours are usually found in young to middle aged adults, and are more common in males. They occur in the nerves which are not in the brain or spinal cord. These tumours spread to the surrounding soft tissue forming a lumpy tumour. This type of cancer can spread through the bloodstream. These tumours can be painful and tender.

This is a very rare tumour that typically occurs in adolescents and young adults. It is usually a slow growing tumour found in the arms and legs.

Kaposi’s Sarcoma is a disease in which cancerous cells are found under the skin or in the lining of the mouth, nose and anus. There are three groups of people who get Kaposi’s sarcoma. The first group typically includes older men of Jewish, Italian or Mediterranean heritage. This type of Kaposi’s usually grows slowly over 10-15 years. Patients usually have a bluish lesion on the front of the lower leg. After some time the disease can spread to other organs.

The second group of Kaposi’s sarcoma occurs in patients who have had an organ transplant.

The third group of Kaposi’s sarcoma is found in patients with AIDS.

These tumours are slow growing tumours. They tend to spread to nearby tissues but not to other parts of your body.
More information on the different types of sarcoma may be found in the Links section.

This website uses cookies to improve your experience while you navigate through the website. Out of these, the cookies that are categorized as necessary are stored on your browser as they are essential for the working of basic functionalities of the website. We also use third-party cookies that help us analyze and understand how you use this website. These cookies will be stored in your browser only with your consent. You also have the option to opt-out of these cookies. But opting out of some of these cookies may affect your browsing experience.
Necessary Always Enabled

Any cookies that may not be particularly necessary for the website to function and is used specifically to collect user personal data via analytics, ads, other embedded contents are termed as non-necessary cookies. It is mandatory to procure user consent prior to running these cookies on your website.