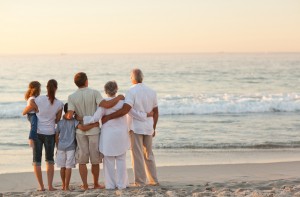 The causes of most sarcomas are unknown. There are some hereditary conditions which have a susceptibility to sarcoma  but the number of cases is very small.

Patients who had retinoblastoma (an eye cancer) as a child have a genetic defect which increases their risk of developing a sarcoma in later life. People with neurofibromatosis type 1 (a condition that causes the growth of benign and malignant tumours) may have a tendency to develop sarcoma.

Occasionally, patients who have had radiotherapy for another cancer  may be diagnosed with sarcoma, many years after their first treatment . These are radiation induced sarcomas

Accurate data about the actual diagnosed number of cases of sarcoma is hard to find. This is because cancer is reported as the area of the body where the cancer is found (‘site of origin’). Sarcomas can appear almost anywhere on or in the body and many are only found after investigations for a condition which seems unconnected with cancer.